The Academy is in hot water once again. Not for it’s blatant racism in movies and sexism from it’s members. This time they’re trying to attract the attention of “masses” by adding a “popular film” category. Some filmmakers have already called it “the death of Cinema”.

Let’s start with the Why of this drama. The viewership for the Oscars has been steadily dropping since 2014.

This can be attributes to the fact that no one wants to sit for 5 hours just to see the who wins to 3-4 categories they actually cared about. They also plan to shorten the duration of the event, which is another blunder in itself. It might cut out a few awards from the stream and doing so will insult every member of the industry whose role is ignored by the academy. 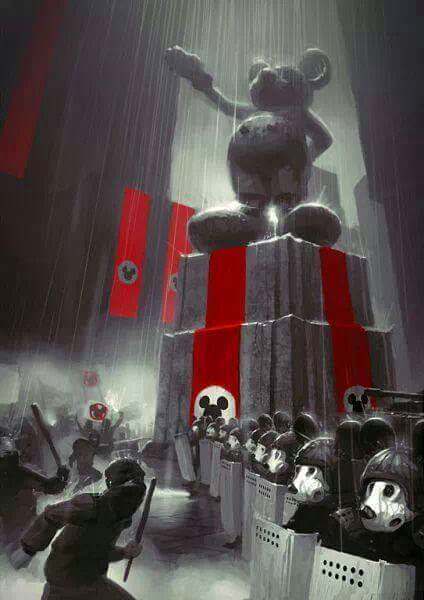 It is likely that is just a way for Disney to add a few Oscars to their dragon’s-lair-worth of cash that they are sitting on. Disney owns Marvel. They own Star Wars. They already have their own plethora of charcters that haven’t gone public domain yet (thanks to their lobbying). They recently got the rights to the X men. So at this point they are 10% my parents

Awards based on popularity may create a virtual Monopoly by just one studio. Making House Mouse one of the most powerful organizations out there.

Here’s why this category is a dumb idea:

The best solution:
The Oscars should take notes from other award shows. The best picture/actor etc awards should be given on the basis on genres. The idea that movies of Variety can be given recognition will incentivise filmmakers to bring variety in their movies. Even different genres like horror and comedy, often criticised for lacking logic may up it’s game and start putting out better movies.

I am a journalist who’s passionate about climate change and climate justice. For me that’s the most important story I can write about and contribute to fixing. As a journalist, my way of going about it is to educate people about this existential threat that’s bogged down by skepticism, denialism, lack of comprehension of scope, and general apathy.

I also write about a lot of other things, like social justice, protests, pop culture, lifestyle, and esports. Albeit these stories won’t be as frequent as they depend on what I find fascinating and meaningful to write about at the moment.

This website is both my portfolio and my space to share interesting information- about myself or climate change. Any time I’m commission by a publication (fingers crossed) I’ll crosspost it here for all my audience to see.

This site may even turn into an actual blog from time to time. If I have any personal revelations that my audience can learn from, I may share it here

✨Birthday themed Zhaoyi Zhong Appreciation post✨
Haven't posted in a long time so here's some food from last week(s)
To the person who treats me like a baby even today,
"Okay so now pretend you're in Oceans 11. You won the heist, but lost the woman your dreams and are contemplating that"- excellent directing by @dhruvi.gif 😂
Finally managed to get my hands on a copy of @artefactmag this year.
✨Zhaoyi Zhong appreciation post✨